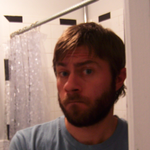 I will be talking about creative applications of Ruby into the field of image processing. In the talk I'll be exploring the philosophical differences between manipulating images using GUI tools like photoshop and command-line tools like ruby scripting. What sorts of things can you do with Ruby (+ supplementary libraries, chiefly RMagick) that just aren't possible with a traditional GUI? Why would you want to use Ruby and not some other tool? Likewise, what are the limits of using a scripting language to do image manipulation? Where does Ruby fall down in that area?

I'll go "under the hood" and explore some of the math behind traditional image processing techniques like edge detection and blending modes, with the idea that once you know how to do it right, you can do it wrong (but in a creative way).

I'll also go through some examples of neat stuff you can do, to get folks' creative juices flowing. 90% of the image manipulation web programmers do is simple captcha and thumbnail creation. But that doesn't even scratch the surface of what these libraries are capable of. Some examples include: creating gigantic photomosaics, using face detection libraries, decomposing videos to do frame-by-frame analysis and manipulation and in order to recompose the video in interesting ways. Also, we'll look at how to do seam carving (http://www.seamcarving.com/).

Also, what should one keep in mind when doing image coding? What techniques are available to do test-driven development of image processing?

Some of the tools used will be:
OpenCV (http://rubyforge.org/projects/opencv/) for image
recognition.
RMagick

Rate of this talk

EuRuKo is an annual conference about the Ruby programming language with an informal atmosphere and lots of opportunities to listen, to talk, to hack and to have fun. This year takes place on Barcelona, Spain, the days 9th and 10th of May.

We've got a Twitter account to keep you up to date on everything related with the conference. If you follow us you'll be getting the most updated information. The user is @euruko

Ruby is a dynamic, open source programming language with a focus on simplicity and productivity. It has an elegant syntax that is natural to read and easy to write. More...

The conference is organised this year by the Spanish Ruby Users Group or as we like to call it SRUG.